Why You Should Set Your Goals Ridiculously High

In the last couple of months, I have learned the importance of goal setting.

This year, before the spring semester, I have decided to find an area of computer engineering that I am interested in, and learn about it as much as I can. So, I went to a professor in my department and asked him for some resources in the area of deep learning. Then, I spent my winter break following those resources.

At the beginning of the spring semester, I learned that he will teach a new course in the department named Introduction to Computer Vision, and asked him whether I can take this course in addition to other courses that I will be taking at that semester. He said that I can, and I did.

It was a tough decision since that semester was already an overloaded one, and I was about to take one more course that I did not know much about. Still, I wanted to take it as a challenge, and try to do as much as I can. A lot of things had changed ever since I decided to push my limits.

It was obvious that I needed to spend my days in a much more planned manner. First, I started by going to the library as much as I can, but as the weeks passed by, it became much harder to find a seat in the library. Therefore, I decided to go to the computer labs in the department instead of library.

Enjoy the time you spent on your way to success

I made a lot of good friends who also enjoy spending their time in the computer labs. I also met with people who take the Introduction to Computer Vision course, and we spent a great time in the lab discussing about our projects. We did all-nighters together in order to meet the deadlines. It was the best semester I had in the computer engineering department.

Not only the time I spent with my friends had given me but also the effort of proving myself to show that anyone can achieve success no matter how much load they have if they only work regularly motivated me even more.

Even a bad decision is better than no decision

For all the years I spent in the department, I did not know which path to take and what to learn about. Yet, through the last couple of months I have decided to learn about a field that I did not have much idea about and it turned out that setting a goal for where I want to keep studying made me much more motivated towards the classes. This decision would have turned out to something that I don’t want to do, but even finding out this would be a great thing since it would made me know much about what I want to do in the future.

So set a goal, make a decision. No one can make progress without accepting those challenges.

I always remember this quote when I am about to make a decision in my life that will push my limits even harder:

If you set your goals ridiculously high and it’s a failure, you will fail above everyone else’s success.

When I started this blog, I have decided to break stereotypes about women in tech. Starting with that, I decided to make more decisions about my life to get ahead. It always encourages you to do more when you know where you belong and what you want to do about your life. So, you can set your goals high. Ridiculously high. Even knowing that the others do not have the courage to do the same will eventually help you succeed.

TL;DR: Find yourself something to do. Set a goal. Even if it will push your limits much harder, accept that challenge.

If you fail you will be surprised by the things that you came through along the way.

And, if you succeed… Keep it going! 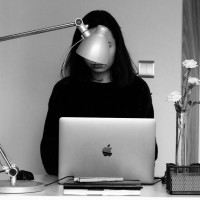 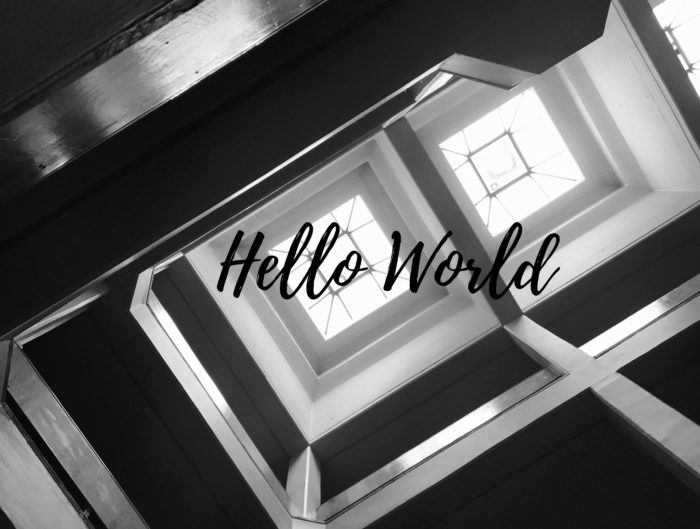 Hey 🙂
Thank your for this article. I really enjoyed reading it.

I am currently doing my Masters in Electrical Engineering and I can totally relate. When I started my Masters almost a year ago I chosed an area of specialisation that wasn’t adapted to my abilities. This led to a poor semester, but also to the best decision I made in my academic career. I changed my specialisation area and now I am loving it. I love spending time learning. Even at home although I am the library learner.

Btw, thanks for my new favorite quote.

Hi 🙂
It is nice to hear that you enjoyed reading this post and loved the quote. It is one of my favourites, too.
Also, I’m so happy that you found a specialisation area that you love! Hope your love of learning grows more and more. 🙌🏻

I was wondering if, when you first got into computer engineering and coding, did you ever feel like it just wasn’t your passion? Even if you get As in the class, did you feel like perhaps tech wasn’t the thing you should go into?

I am a rising junior in college in electrical engineering with a computer minor, and I used to have dreams of starting a tech startup. But it just all feels so daunting and i wonder if should pursue something else. Can you relate?

Thank you for starting this blog, by the way. Its really encouraging for me to see another girl struggling to make it in the tech world. This post in particular is one that I want to keep coming back to even when semester starts again. I hope you keep writing/posting!

I totally know how you feel. In my first semester in Computer Engineering, I didn’t know about programming but a lot of my friends had the hands on experience about coding. This situation made feel discouraged for 2 years during my degree but when I came to a point where everybody is at the same level, something had started to change.

In my opinion, it is also important to have people around you to share your feelings about those classes and, if “being in tech” is a dream of yours, then you should go for it no matter what happens. We all have ups and downs in life when we start something new. So, you should remember that nothing worth having comes easy.

I’ll also try to post about how I got better in coding, and started to feel much more motivated about my degree in another blog post.

Also, thank you very much for your nice comment.
Best wishes,

They say that people will rise or fall to the expectations they are held to. If someone else thinks you can’t achieve something, it often works that you will match their expectations and be a failure. If they think you can do epic things, you will generally rise to that expectation and be great.

That’s true about yourself as well.

Always have high expectations of yourself and drive yourself to match those expectations – what’s the worst that can happen? You fail, learn something, and then try again. That’s not a bad thing at all.

You are right, having high expectations of yourself is truly necessary. Yet, I don’t agree with the first part. I think if someone thinks that you can’t achieve something it may drive you to work even harder to achieve it, and to prove them wrong.

If you really believe in yourself, does it really matter what people think about whether you will succeed or not?